I currently share my life with three gorgeous boys – Dileas, Red Devil Lad and Rey del Oro, who live in Aberdeenshire at Dinnet Equine Herd Project. Lad and Oro came to me from my good friend Noreen Edmonds from Co. Carlow, Eire, and the handsome Dileas from my good friend Diane Nelson. They are all very much our family members as well as herd members, we are not up for rehoming our own horses unless they have an obvious need that we can’t provide for. Dileas and Lad are very strong friends, and they definitely treat Oro rather fondly as a cadet. Having two strong and consistent personalities in different ways has given him a platform to explore the world, boundaries and examples.

Dileas is a bay Highland x TB gelding. He came to us when he was three, he’s now eighteen and used to have an active ridden and groundwork life outside of the activity of the herd. I decided to retire him when he developed trigeminal nerve syndrome characterised by head shaking and facial pain. Whilst coming out of ridden work and travelling improved the headshaking, he started to show us how difficult it was for to co-ordinate himself. He could be happily working away in a session, and suddenly he would stop and seem ‘not to hear’ your aids. Observing him it became clear that there were a few things about him that point to extra activity above and beyond normal daily horse life in the herd producing a drain on his neurological resources that he can’t meet. He is now retired and doing a grand job being himself. He has very affectionate moments now, which have emerged over time since I began giving him the choice of what our relationship could be.

Lad is a grey Connemara gelding who is a year younger than Dileas. He originally came to stay with us from Noreen for rehab from laminitis and its’ associated physical challenges. He had developed a few extreme behavioural responses to pain which made it difficult for her to ride him with confidence. With biomechanical and classical groundwork and riding, and a herd life in the Birch forest which provides a lot of movement and less calorific forage, over a few years he has steadily built a lot of strength and resilience. He is quite a blokey horse at times, but loves a cup of tea and one to one time. He is still bothered by memories of pain sometimes, but when movement feels good and comfortable his enthusiasm soon overcomes any initial pessimism. After five years he has recently started to nicker at me at tea time, and apparently snogs are nice too these days!

Oro is a Lusitano gelding originally from Malaga, Spain, who was adopted by Noreen as a yearling from a rescue centre there. He travelled to us when he was three, and with two big journeys and environment changes we have let him grow and develop slowly oer the last three years. I have taken a lot of time training and backing him as despite his obvious enthusiasm he was a bit of a baby giraffe, all legs and neck and wobble! He is bodying up now at rising seven, and a very intelligent, sociable and responsible young chap and a huge amount of fun to train. I found right from the start that he would teach me about being disciplined with how much time to spend on training sessions. He is very focussed and can easily get over stimulated, so we have always extended his palette of reinforcement to help his attitude. Training sessions have always been incredibly chatty, and we’ve gone from 10 or 15 minutes as a three year old, to forty minutes now, and are building duration in trail rides. From having arabs for many years its really interesting to learn from different personalities and breeds who are not quite so overtly emotional.

Here are some pictures through the years: 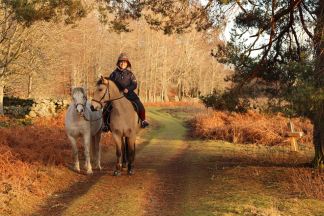 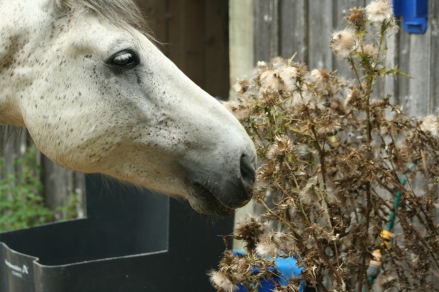 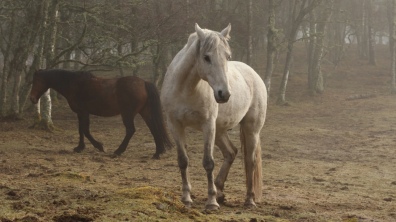 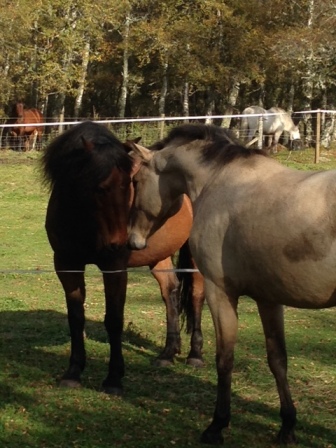 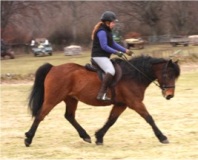 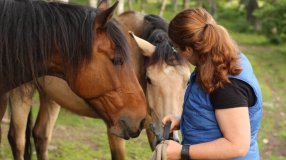